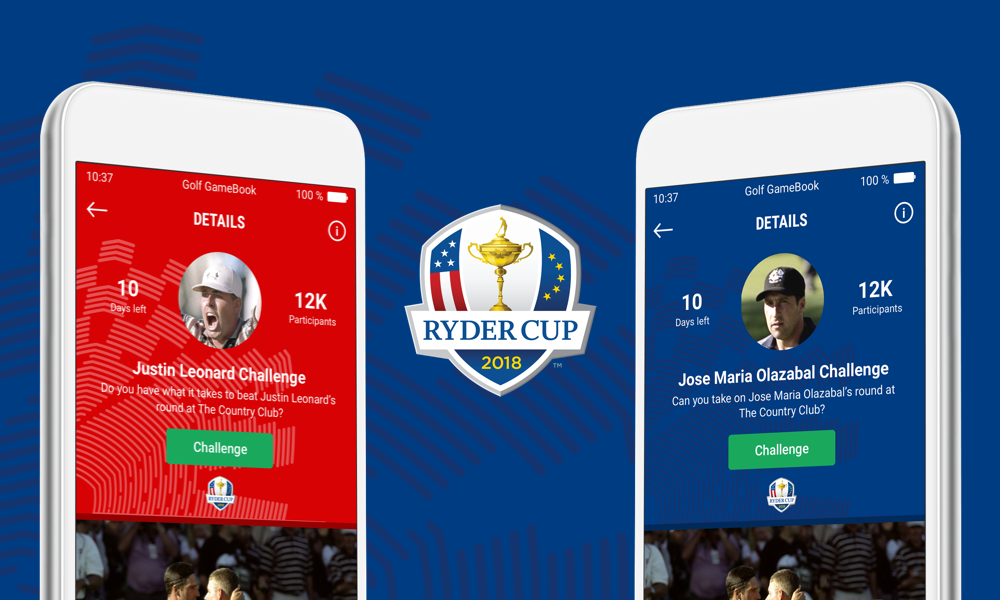 What was soon to be deemed ‘The Battle of Brookline’, the Country Club in Brookline, Massachusetts played host to one of the most infamous Ryder Cup’s in history. After a dominant first day, Europe consolidated on day two to lead 10-6 going into the singles. It would take the biggest comeback in history for the U.S.A to be victorious. But soon this dream became a distinct reality with the U.S.A getting the first 7 points on the board in the singles matches. And although Europe got it to 13-12, Jim Furyk’s win over Sergio Garcia left U.S.A needing just a half to win.

All eyes turned to the match between Justin Leonard and Jose Maria Olazabal. With 7 holes to play Olazabal was 4-up but when he lost the next 3 holes the comeback was on. Leonard sunk a 40 foot putt at the 15th to tie the match but wasn’t finished there.

Fast forward to the 17th green and from over 40 feet, Leonard rolled in his putt for birdie sparking controversial celebrations from the U.S.A team. When the dust had settled Olazabal stepped up and missed his putt, guaranteeing the half point that the U.S.A needed to win The Ryder Cup and complete the biggest comeback in history (at the time!). In partnership with Golf GameBook, the European Tour brings you the Ryder Cup fan game. Iconic Ryder Cup moments have now been recreated inside Golf GameBook, allowing users to relive these moments by challenging legendary Ryder Cup players from the past. Simply open the Golf GameBook application, go to the challenges section from the more menu and join the Ryder Cup challenge. In this week’s challenge, you can either play for team Europe or U.S.A and challenge Justin Leonard or Jose Maria Olazabal.