Ian Poulter vs. Dustin Johnson in The 2018 Ryder Cup at Le Golf National in Paris, France.

Le Golf National in Paris, France became the world stage as team Europe and team USA battled it out in the 2018 Ryder Cup. Once again, the event lived up to its reputation of one of the greatest sporting events in the world. On Saturday afternoon, Europe held on to a solid 10-6 lead over USA. As the Sunday morning singles got underway, the air was filled with excitement and anticipation. Could team Europe close the match and win on home soil, or would team USA turn things around and create a “miracle in France” of their own?

As Ian Poulter from Europe went up against World #1 Dustin Johnson from USA, it was clear that both players would come out through the gates with all guns blazing. Both teams had placed strong pairings to the early singles matches and as the afternoon unfolded, team USA was up on a big part of the matches. Team Europe needed a spark to turn things around and get points onto the leaderboard. As the Poulter vs Johnson match reached the 13th tee box, Europe was 1 down with 6 to play. Poulter then went on to win 3 holes in a row and closing the match by 2up as the match reached the 18th green. This match triggered the final momentum shift for team Europe, with Stenson, Garcia and Molinari all winning their matches shortly after and ensuring victory for team Europe. 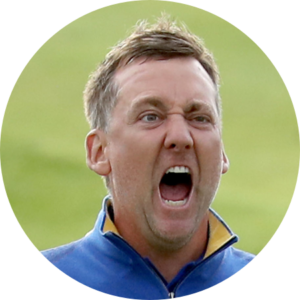 Do you have what it takes to beat Ian Poulter’s round in Le Golf National? 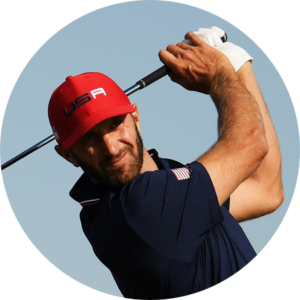 Can you take on Dustin Johnson’s round in Le Golf National?