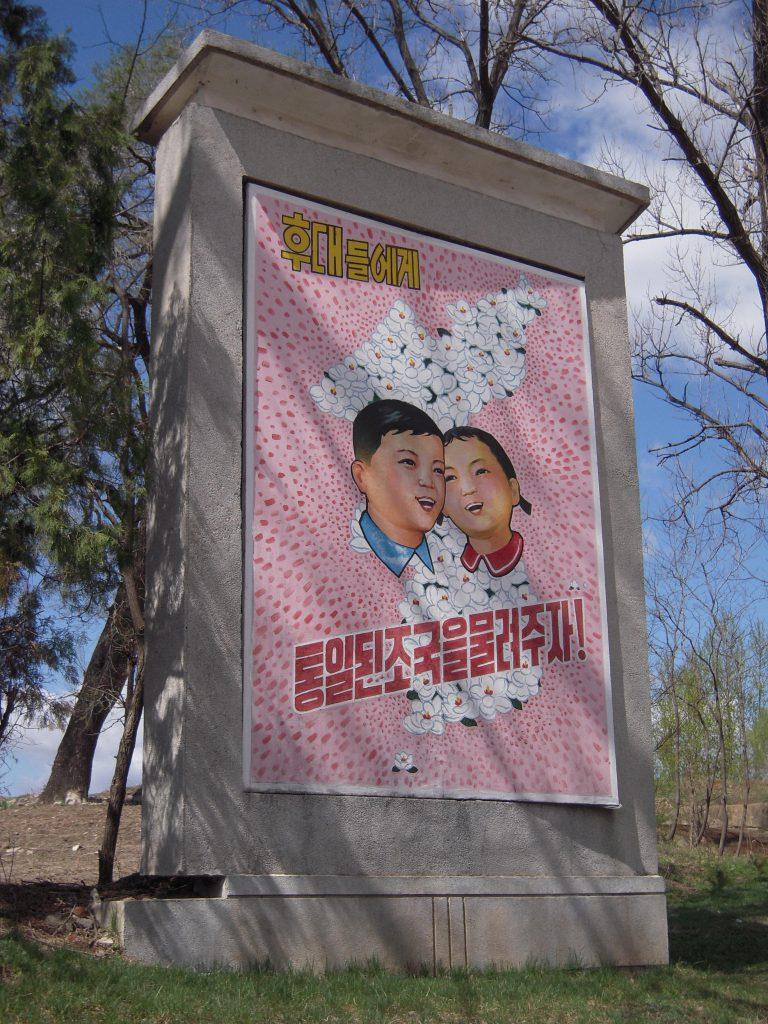 This story is a continuation of the previous blog post “In the Middle of the Dictatorship, part 3“…

In a nutshell the Idea says that the Korean masses are the masters of the country’s development and that the country needs a strong military posture and reliance on Korean national resources. The name comes from juche, the Korean translation for the philosophical and Marxist term “subject”, also meaning “main body” or “mainstream”, and is sometimes translated in North Korean sources as “independent stand” or “spirit of self-reliance”.

It has also been interpreted as “always putting Korean things first”. According to Kim Il-sung, the Juche Idea is based on the belief that “man is the master of everything and decides everything”. The life in North Korea is based on this Idea and there’s a Tower of the Juche Idea in Pyongyang to symbolizing all this. You’ll easily see the tower from everywhere in Pyongyang.

North Korean Juche Calendar starts from the day when Kim Il-sung was born.

North Korea has its own calendar too. Chronology is based to Kim Il-sung’s day of birth.

I had read from many sources that Pyongyang is like a huge ghost city. No cars, no people anywhere. I didn’t experience the capital city that way. There were masses of people around. In the countryside I didn’t see a lot of people at all and number of cars were very limited everywhere. The motor vehicles belonged mainly to the army. As it is the number of soldiers and uniforms were eye-catching.

Tourists are not going to see any underfed people. Those are not walking in the center of capital city and the bus routes are very well planned in advance. But I tried to find at least one overweight North Korean and I failed. What could be a sign of starvation I saw was the ordinary North Korean; 18 years old girls looked not more than 10 years old.

When too many North Koreans have to live with hunger and try to find at least rat or snake for dinner, tourists’ stomach is always full of delicious Korean food. Six to eight courses on table as well as surprisingly good North Korean beer. Well, by knowing the reality my appetite did not raise very high.

The reputation of North Korea as a developing country was pretty good until the 1970s. In the 1990s country drifted to an economic disaster and agricultural production collapsed once and for all. Back in the days the Western countries understood that numbers the North Korean authorities were telling were propaganda-colored, North Koreans answers to all uncomfortable questions that it’s all Western propaganda.

Other countries have limited their food aid because they think it goes straight to the army. North Korean aggressive politic doesn’t help the case at all. Foot-and-mouth disease, cold winters and floods in springtime make the situation ever harder.

“The Westerns have exaggerated that! The situation is not that bad what they have told”, guide answered.

“But I heard there’s hundreds of thousands, even millions of people who have died….”

“That’s all Western propaganda!” guide said loudly and clearly gave me a sign that the conversation is over.

Some propaganda poster in front of the gate to the DMZ.

Answers to the uncomfortable questions are like that or they aren’t answered at all. When asked him to translate what some strong-colored texts around the city mean, he refused. Every morning the loud speakers on the rooftops declared the government’s messages and some propaganda music.

Between the North and South Korea there’s demilitarized zone called shortly just DMZ. Under the DMZ there’s a tunnel, The 3rd tunnel, where I got chance to took a look while visiting DMZ from the South side two years ago. During the Korean War the tunnel played a key role and ensured the success of the South Korean army. That’s why North Korea denies there even is a tunnel. “What tunnel? No tunnels!”, guide declared when asked about the 3rd Tunnel.

And when South Korea built a high flagpole on their side, North Korea build up right away a higher one. It’s a good example: have to look strong to the other side.

Local people are born to a caste system. Back in 1960’s there were three different main castes with 51 sub castes under those. Belonging to the sub caste (handicaps and people who have lost government’s trust for example) your life will be more than twice as hard than for the others.