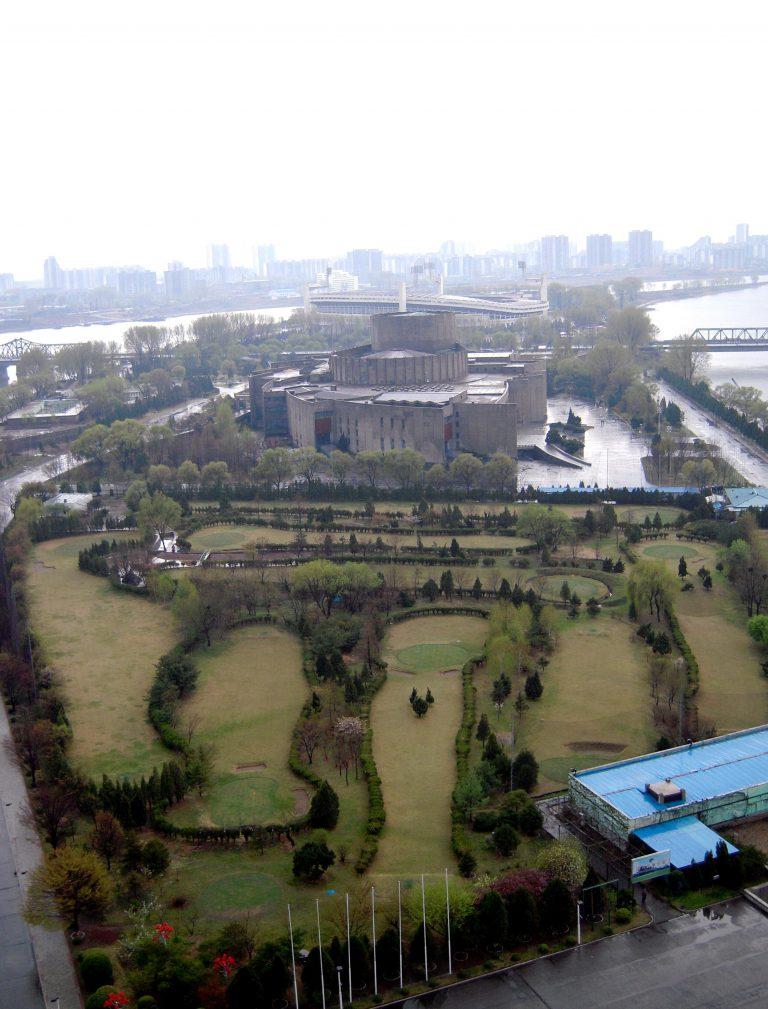 This story is a continuation of the previous blog post “In the Middle of the Dictatorship, part 1“…

The North Korean Amateur Open was organized by British travel agency Lupine Travel. The idea was originally from company’s head, Wigan-based Dylan Harris who had organized tourist trips to North Korea since 2007. Lupine Travel is not a typical travel agency and Harris is not a typical travel host. Their business idea is arrange trips to so called hard destinations far outside from familiar tourist resorts like for example to Siberia, the Chernobyl’s nuclear power plant and desolated Pripyat city.

But a golf tournament in North Korea. How did this happen? Harris is not even playing himself and don’t know much about golf. It doesn’t matter.

“I already got contacts to North Korea from my trips earlier. Last summer my phone rang. Scottish businessman said that he has played golf in almost every country in the world but not in North Korea. He asked me to find out, if that’d be possible”, Harris told me.

His first reaction was understandable: no chance. None. However, this friendly man promised to ask around about it. The surprise was bigger than he ever expected when North Korean authorities showed a green light. “I couldn’t believe it! My mouth fell open when authorities answered by asking if golf is a popular sport and have I ever organized golf tournament. What if you’ll organize it here?”

Kim Ii-Sung Stadium in Pyongyang with a capacity of 90.000 spectators.

After he recovered from this astonishment Harris started his work and published breaking news in January. The first North Korean Amateur Open would be held at Pyongyang Golf Club – country’s only 18 hole course – and it will be the first open golf tournament for amateur players ever in North Korea.

After that moment Harris added together that he has given roughly tens of interviews to biggest British newspapers, BBC’s sport news, to radio and all over the media in Japan, United States… you name it.

Yanggakdo Hotel still got par 3 course on its backyard in 2011 but I heard it’s closed now. Not suprised, there were mole holes everywhere.

This 32 years old music lover from Wigan didn’t expect coverage this huge. A quick look to his Facebook page tells the story. Harris’ wrote a Facebook status quickly after press release “Whaaat the h… this starts to be like total bedlam. Found out stories about the tournament from Daily Mail, Times, BBC and ten other medias. And my phone does not stop its ringing”, Harris wrote.

This huge coverage ensured that many interested people contacted him. Harris got emails and phone calls from thousands of interested golfers globally. The cut-line was raw as the authorities were limited group’s size to 30 people maximum. Second issue was the fact that the tour had to include four days sightseeing around Pyongyang tourist attractions and couple of other places like DMZ and a Kim Il-sung’s and Kim Jong-il’s memorial halls. The golf tournament was scheduled to the last whole day.

These were the pieces of the puzzle, which together formed the First North Korean Amateur Championship. First but not the last one. There are plans to build this event up annually. You can follow tournament’s website for more information what’s coming.

Is it worth to enter? This story will give you answer what’s waiting you in the North Korea.