The Miracle in Medinah: Kaymer vs. Stricker

The Miracle in Medinah

Martin Kaymer vs. Steve Stricker in The 2012 Ryder Cup at Medinah Country Club.

Widely regarded as one of the greatest sporting comebacks in Ryder Cup history, Sunday at The 2012 Ryder Cup had to be seen to be believed. Saturday afternoon, Europe were 10-5 down and trailing the final four-ball with 2 down and 6 to play. Up stepped Ian Poulter, rolling in 5 birdies in the next 5 holes to give Europe the victory and reduce the scores to 10-6. Despite the deficit, Europe were carrying momentum and a faint glimmer of hope into Sunday’s singles.

Overcoming odds like this had only been done once before, 13 years ago during the ‘Battle of Brookline’. Europe’s strong start closed this gap quickly and at 13-13 it hung in the balance. Steve Stricker and Martin Kaymer were nip and tuck in the penultimate match, but Kaymer gained the advantage winning the 17th hole to go one up. With Stricker holing out for Par, Kaymer had a nervy 5 foot putt for victory and with a calm head he holed out to scenes of jubilation in European ranks. 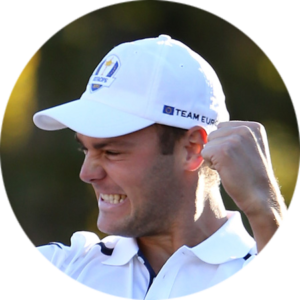 Do you have what it takes to beat Martin Kaymer’s round in Medinah? 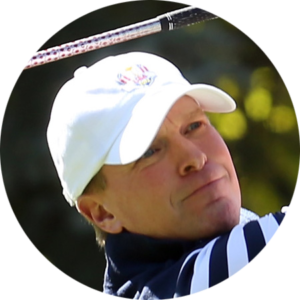 Can you take on Steve Stricker’s round in Medinah?