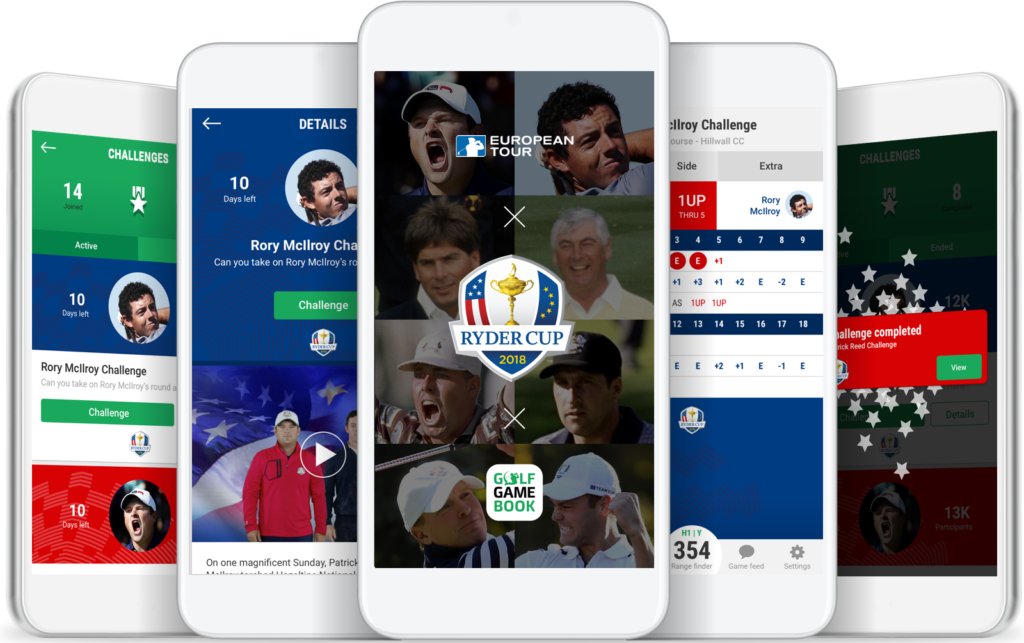 LONDON, UNITED KINGDOM, AUGUST 1, 2018 –Golf GameBook and the European Tour have continued their on-going partnership through the introduction of the Ryder Cup fan game. The game is due to launch in early August, enabling fans across the world to re-live iconic Ryder Cup matches by putting themselves at the heart of the action.

Matches will be completed on the Golf GameBook application, where users can participate in Ryder Cup-themed challenges, and can choose to play for either Europe or the U.S.A. As part of the European Tour’s build-up to the 2018 Ryder Cup players can re-live historic Ryder Cup matches that went down to the last hole. Golf fans across the world can play their own round of golf and try to beat the score posted by the professional during the Ryder Cup match.

“Throughout the years, The Ryder Cup has served as a stage for some fantastic golfing moments. We love the idea of a platform that allows us not just to relive those moments, but to let our fans actually immerse themselves in them.” – says Tom Johnson, Head of Marketing, European Tour.

“The Ryder Cup fan game is a continuation to the on-going partnership between the European Tour and Golf GameBook. Our previous, co-created fan game Your Race to Dubai, was an immediate success with over 500,000 unique challenges played against European Tour professionals. We are continuing to build on that technology to enable fans across the world to re-live classic Ryder Cup moments by going head to head against legendary Ryder Cup players” – says Mikko Manerus, Founder and CEO of Golf GameBook.

More information can be found at the campaign website: