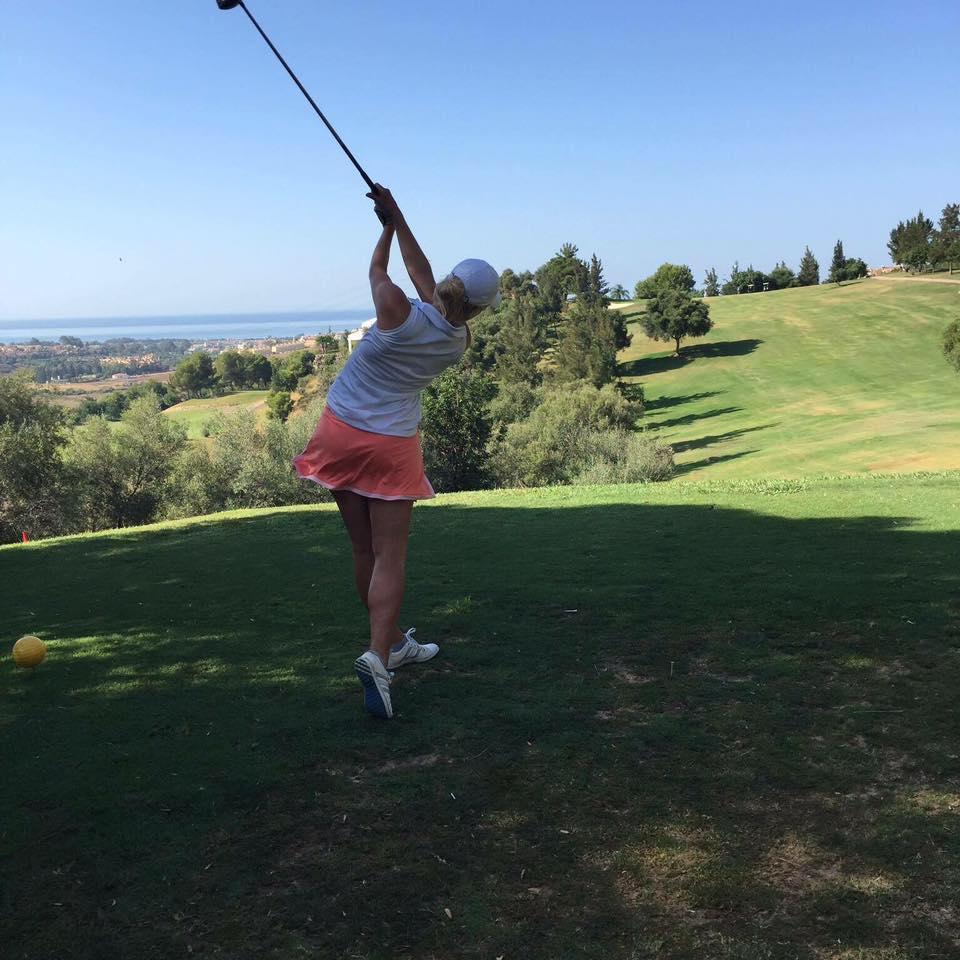 This time we are introducing you to #GBambassador Maria from Sweden. Maria participated in the Ambassador weekend in Göteborg.

I received a message from Maria on Saturday saying that she’ll be in Helsinki on Tuesday afternoon before her flight to Spain. Johannes and I decided to pick her up from the airport and take her to one of Helsinki’s must-see restaurants, Löyly. On the terrace of Löyly we turned the camera on and briefly interviewed Maria. Now we want all of you to get to know the energetic and outgoing Maria that appears on quite a lot of our content on social media. 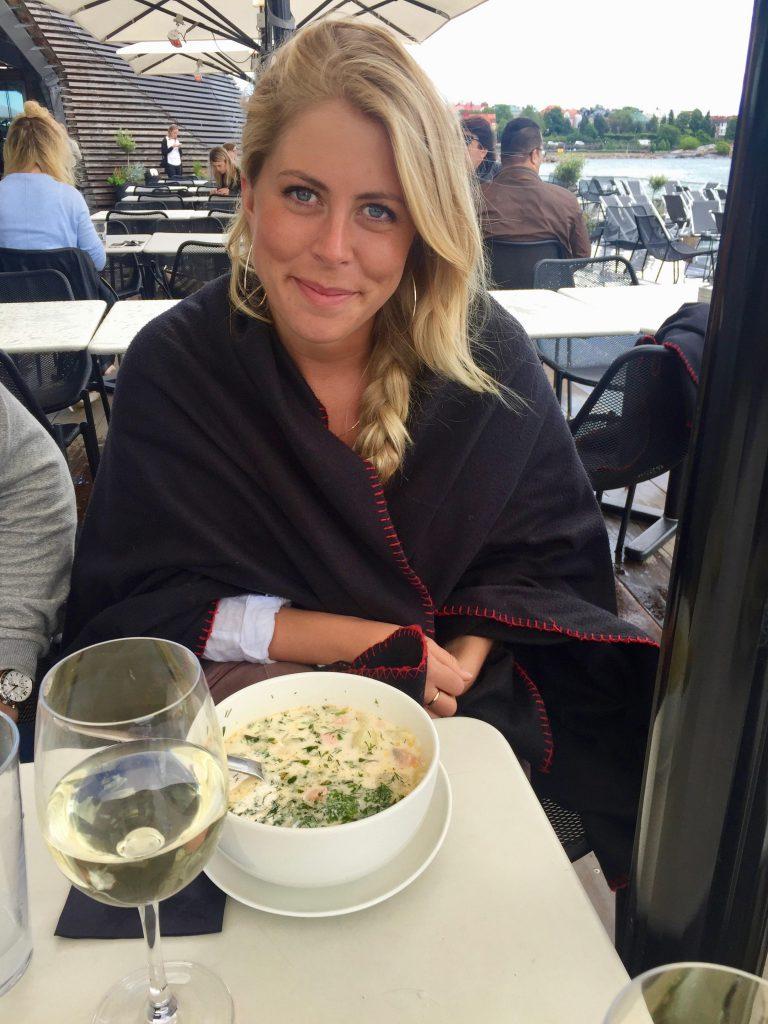 Maria at Löyly in Helsinki

Maria started playing golf in Portland, Oregon in 1996 when she was 5 years old. Her family members also play golf so it was natural for her to become a golfer as well. Maria attended a golf oriented high school in Göteborg so that she could train and compete.

In addition to golf, Maria also enjoys traveling, shopping, spending time with her friends, working out and horseback riding. I’ve golfed with Maria several times and her drives are long and powerful, so it’s no wonder that her favorite golf club is her driver.

She got introduced to GameBook during the Georgia Open in 2015 when we were at the event and showed her the app during the Pro-Am day. She loves the social element of the app, including the trash talk and just commenting on her friends’ games. Maria competed in college golf at Shorter University, so she spent numerous years in Georgia. Her absolute favorite golf course is Augusta National.

Maria’s favorite pro golfer is Henrik Stenson. Her dream golf group would of course include Henrik as well as Adam Scott and Tiger Woods. Maria’s all-time idol in golf is Annika Sörenstam.

Maria always wants to improve as a golfer, but right now she is satisfied with just playing with her close friends & family and enjoying each round.

I just want to keep my golf at this level and be able to hit is as far as I do and of course enjoy the sport and have fun along the way. 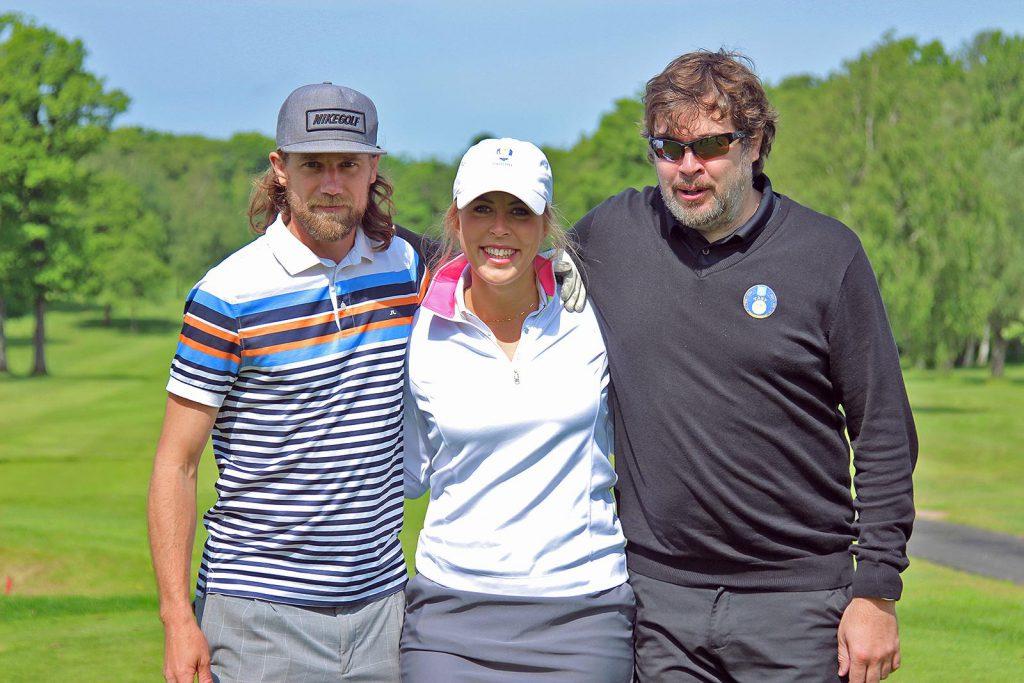 I asked Maria if she has a fun memory to share with us from her golfing experiences. She immediately responded that she has so many fun memories from the golf course. She had one story in particular that she wanted to share with us. Maria started to laugh a little and began to tell the story of the time that we were there hosting the match betwen the Stockholm and Göteborg Ambassadors.

So this happened at Albatross Golfklubb when I was golfing with the Stockholm Ambassadors, Lasse and Johnny. Lasse was about to hit on hole 17 with his 3-wood. He was so prepared and really excited about the shot. During his pre-routine he told everyone to look. Then he just shanked it right into the water that was 20m away. It was hilarious, I even have it on tape! Shout-out to Lars 😀

We are now almost out of time, because Maria still has a flight to catch to Spain. You can follow her golf rounds on GameBook 😉 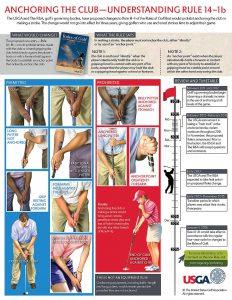 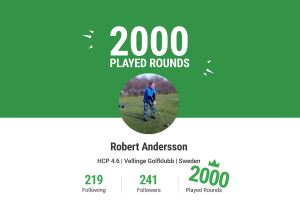