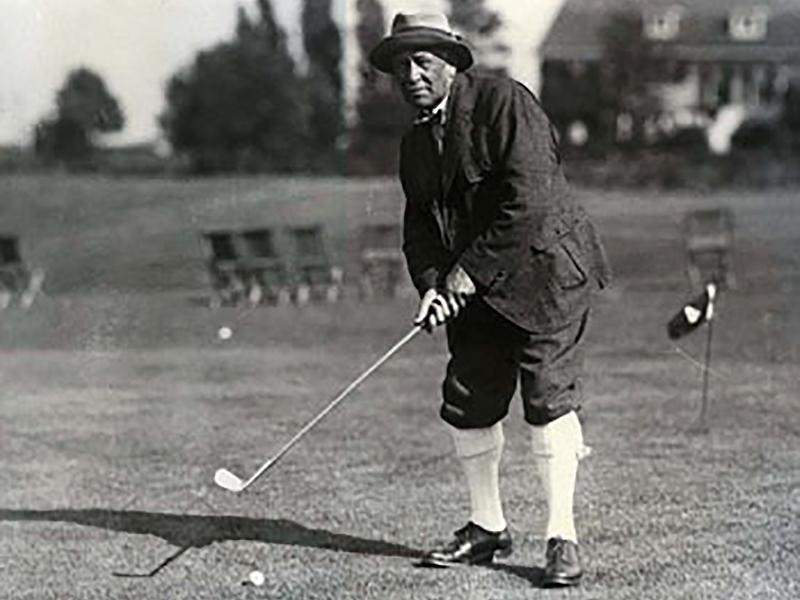 If you feel the same way, I suggest you take a moment and read my humble thoughts on Olympic golf below.

Was there a unique opportunity to re-introduce golf to the masses as an interesting and exciting game that is well suited for TV viewing? YES!

Was it a massive mistake to choose 72-hole stroke play as the Olympic format? YES!

Did golf’s decision makers once again lack the needed courage to revitalize the game of golf? YES! 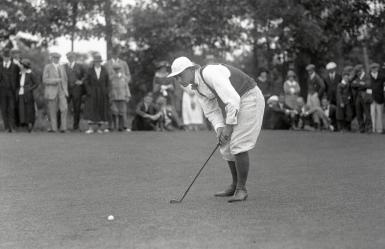 Golf is one of the greatest games on earth, with great traditions as a competitive sport. What’s important to remember is that in professional competitions, prize money is distributed across all players that make the cut. Naturally, everyone in the field fights to the last putt, since every shot counts to improve their position. However, the Olympics consist of three medals, that’s it. Nothing else matters. It’s unbelievable that this hasn’t been taken into account when choosing stroke play as golf’s Olympic game format.

There’s been a lot of speculation around the true reason why many of the world’s best players have decided to skip the Olympics. In certain discussions, the lack of prize money has been mentioned. I personally do not believe this at all. Why? Take the Ryder Cup as a great example. Being part of the Ryder Cup team is an ultimate dream for any player representing the USA or Europe. I can’t recall a single instance in which a player has refused to participate in the Ryder Cup because they didn’t get paid. So this raises the question: why is this? The answer is relatively simple. No other golf tournament or event is able to produce the same level of energy, excitement, camaraderie and simply put, raw adrenaline.  The game format is easy to understand and it’s all about who wins the cup. The fans choose their side and the normally stiff and formal golf audience becomes alive with singing, laughing and cheering their team to victory. This feeling and ambience is unlike any other golf event out there. Another key motivator for the players is related to the fact that golf is primarily an individual sport and players rarely get to play as a team and more importantly, for their respective countries.

I feel that we’ve missed a critical opportunity to introduce both an individual as well as team competition format at the Olympics. If we could back track in time, here’s some thoughts on a “what if” scenario for the Olympic golf competition.

The individual format would have naturally been Match Play. The format lends itself to the larger viewership, as it’s easy to understand and all about winning/losing. The matches would have been contested over 9 holes and the winners would have emerged in 2 days instead of 4. In addition to the gold medal match, the fate of the bronze medal would have interested the large audiences as it would have been a man-to-man competition. For TV audiences, this 9-hole format would have provided unprecedented excitement as well as frankly, a lot more simplicity in terms of following who’s winning and who’s not.

So what would have happened in the case of a tie? I’ll get back to this below, along with some thoughts on what the course layout for this 9-hole competition should have looked like.

The 2-day individual Match Play would have also accommodated a 2-day team event. Every country would enter with a 2-man team and play the Match Play format, but this time as a 2-man scramble.  This format would have been ideal as it presents fantastic risk and reward opportunities as well as brings an interesting element of strategy into play. I strongly believe that the players as well as the millions of people watching on TV would have loved this! Just imagine the rivalries (old and new) emerging: England vs USA, Spain vs Italy, Finland vs Sweden. This would be entertainment at it’s best!

The “cherry on the cake” for this unforgettable re-introduction of golf into the Olympics would have been the custom made 9-hole golf course. Well, actually, the 9 + 1 hole course. This “bonus hole” would have been the stage in which all matches that were tied after 9 holes would go into a sudden death playoff.

The custom made course would consist of three par 3’s, par 4’s and par 5’s. All holes would be built with specific match play drama in mind. I’m thinking island greens, long opening shots over water, challenging bunkers as well as true risk and reward opportunities.

Every Ryder Cup fan remembers Belfry’s 10th hole. This is a perfect example of a hole/venue that lends itself to unprecedented risk and reward drama. https://www.youtube.com/watch?v=uTVMyd0jvJY

It is precisely this kind of course design that would be ideally suited for these 9-hole Match Play competitions. 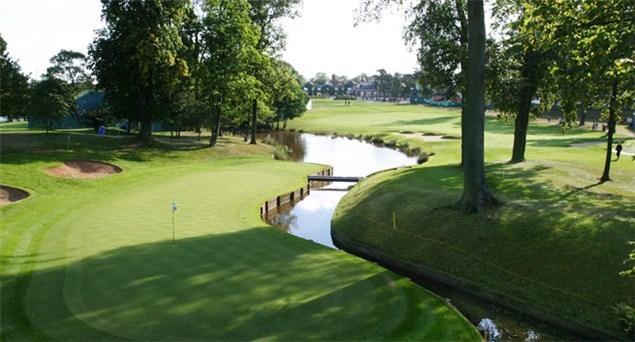 Due to the nature of match play, many of these 9-hole matches would have inevitably ended up in a tie after 9 holes. This would have enabled a unique tie-break format to define the winner of a given match.

Think about the excitement of viewing an Olympic shooting competition that goes to the last shot. Even if you’ve never heard of these athletes before, it’s exhilarating to watch these defining moments and time after time, I find myself choosing my personal favorite that I cheer for. When it goes down to the wire, you can sense the tension, excitement as well as drama, which often end in tears of joy or bitter disappointment. I’ve even thought about how cool it would be to go and try this out with a few friends and re-live similar drama on a personal level.

This is exactly why golf would have needed something new and interesting even for those viewers who haven’t even tried golf yet. This defining “bonus hole” which I mentioned earlier would have been around 120m long with water as a defining element and even a creek running along the side of the green. The grandstands would form a horseshoe around the green, eventually forming the sensation of being inside a massive amphitheater.

Both players get 3 balls each and the surroundings of the flagstick would be marked with scoring zones ranging from 1-10. (if the player makes a HIO then that player wins the match). The players then hit their shots in alternative order, gathering points until the final winner emerges. In case the players are tied after the 3 balls, there’s a 1-ball sudden death. Talk about entertainment and engagement; it doesn’t get better than this! Naturally, once the match is over, the music turns back on and people can enjoy the same relaxed ambience as for example in beach volleyball. 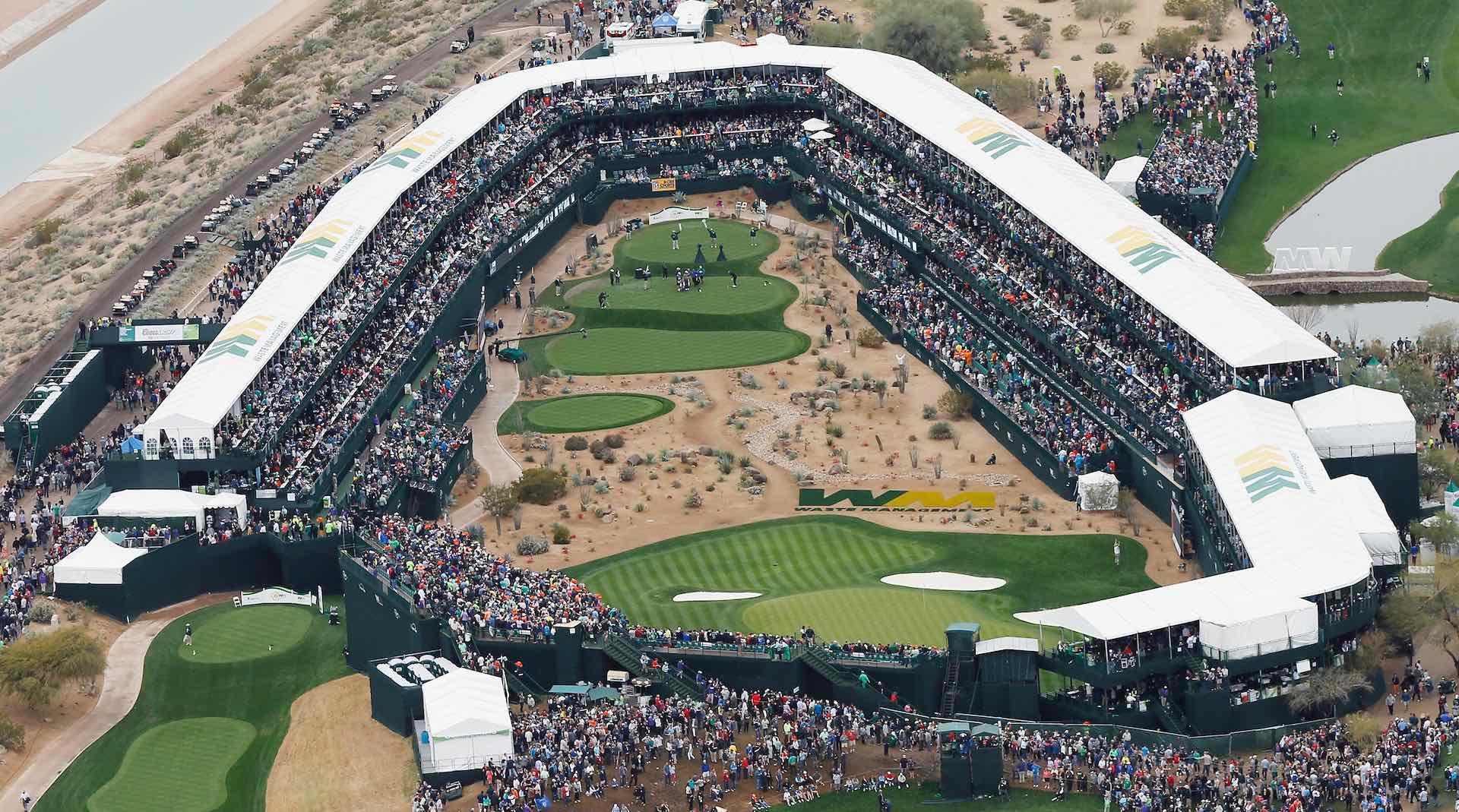 The question that of course emerges, is would have Rory, Jordan or Jason participated in an event like this? Who knows, but what is certain is that the interest around golf would sky rocket to new levels and perhaps the next Olympics could become a similar “must experience” event for players as the Ryder Cup is.

What do you think? Did Olympic golf die before it was born? Or do you think we could all make a change and resuscitate it for the better? Let’s start a conversation and potentially make a real change. The floor is open for comments!

11 responses to “Did Olympic Golf die before it was even born?”