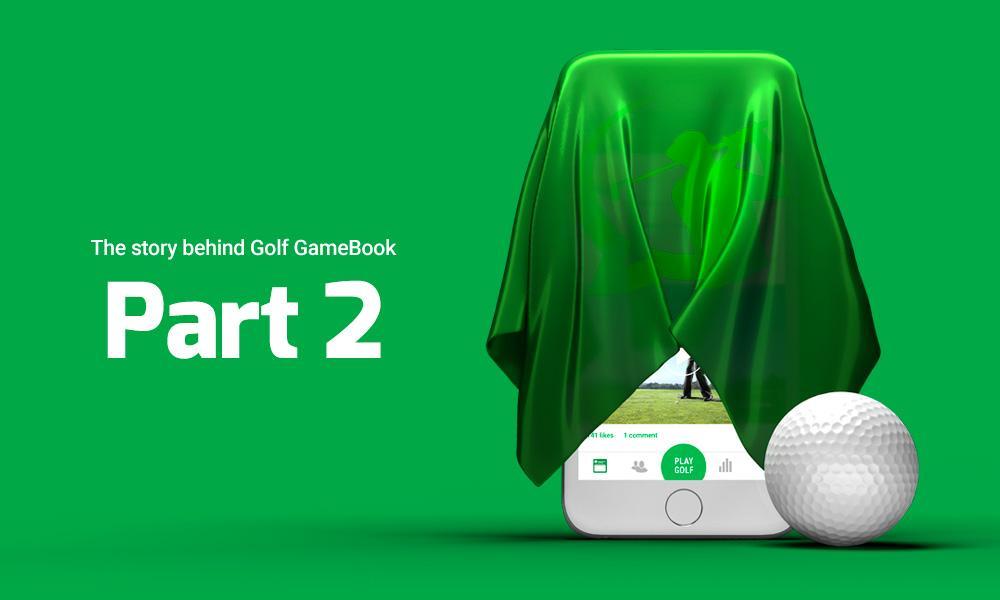 It was the year 2006 and both me and the other GameBook co-founder Kalle Väinölä had spent most of our adult lives playing competitive golf. We had made it to tournaments on The Challenge Tour and even The European Tour, but hadn’t really succeeded in making the final breakthrough. As it began to dawn on us that we weren’t all that young anymore and the top spot on the Official Golf World Ranking would probably continue to be out of our reach, we decided it was time for a new plan.

We both love the game of golf and it was clear that we wanted to keep working within the golf industry – even if it didn’t mean playing professionally. One afternoon we were sprawling on the couch at Kalle’s living room and wondering what we could do with our lives. We decided to play a little game that involved throwing around a tennis ball. Every time the ball was caught, a business idea had to be thrown out. Already back then our discussion revolved a lot around how golf should be made more fun. 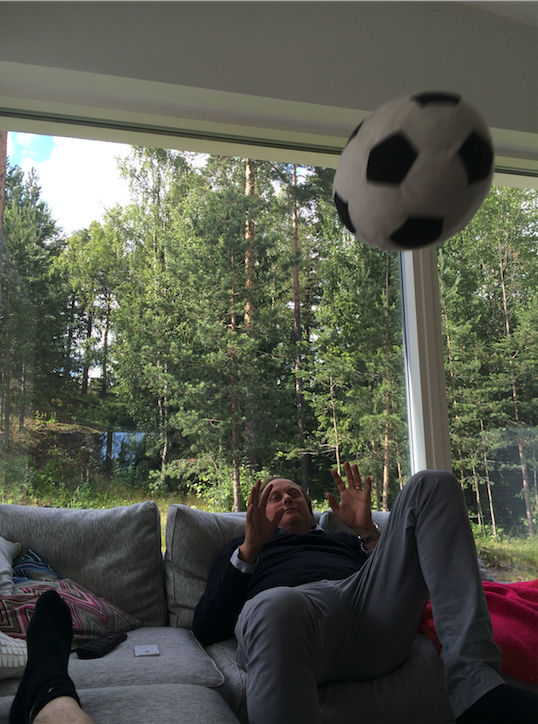 Even today ideas are flying around and we sometimes play the same game that generated the original idea of Golf GameBook almost 10 years ago. Older guys just need bigger balls.

During our professional careers we played in numerous Pro-Am events with hundreds of amateur golfers from different parts of the world. These everyday golfers varied a lot in age, sex and skills, but seemed to have one thing in common. When coming to the first tee the excitement of every single one of these golfers was almost tangible. A new round of golf is always a new and exciting possibility to succeed, and even more so when you get to play with the pros on some of the world’s best courses. Unfortunately golf can be a brutal game. And more often than not the excitement of the first tee was swiped away in a couple of bad holes.

Watching all these amateurs battle it out on the course, we’d come to realize that golf needed to be made even more fun and forgiving. We wanted to come up with something that could keep the golfers smiling all the way through to the clubhouse. We decided that we needed to find a way for golfers to play different game formats without any additional hassle. We even went on to develop two game formats of our own; Dublicate and Erado. But more about those later on.

Back then neither one of us was on Facebook yet nor had heard the word ”application”. So, a social live scoring app for golf wasn’t the first thing on our minds. To be honest with you, we didn’t even think about creating an app. The 1st generation Golf GameBook turned out to be a handheld device that was used for live scoring and supported several different game formats. The creation of the device took us all the way to China and brought along some funny stories as well as one very difficult decision. Kalle will fill you in on those this Saturday. Stay tuned!

One response to “Two guys and a tennis ball” 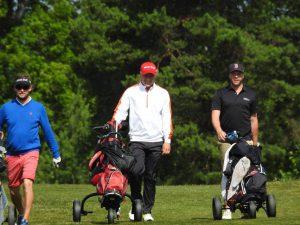 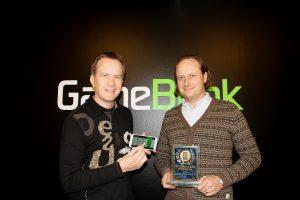 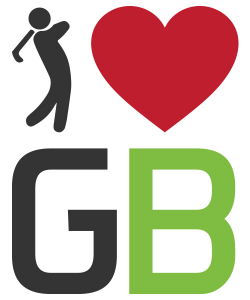 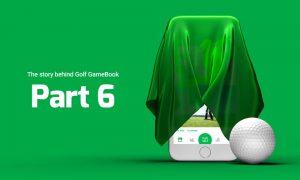