Golf GameBook’s Challenges have been increasing their popularity for a few years now. From time to time, they offer true real-life experiences as prizes.

In August, our Finnish users had the chance to win a golf day for two people at Linna Golf, which included playing with European Tour winner Kalle Samooja, accommodation in Vanajanlinna and food and drink during the day. We called the winner of the challenge, Aki Mattila, to find out his feelings about the day.

How was the day?

My brother Mikko and I arrived at Linna Golf, where we were welcomed by the host of the day, Mikael, and Kalle Samooja himself. We were joined by the winners of a couple of other draws. We had a snack and then headed out to the course. Kalle played the first 9 holes with me and my brother. We set off for the round to race and to see what the man was made of.

On the first hole I managed to take the lead from Kalle by making par when Kalle slipped a bogey on the card. But for the next eight holes there was no doubt who was the professional, although I had some good moments myself. Kalle’s game was really steady and when things got tough he showed how a great player can stretch. It was great to watch a professional play.

After nine holes, Kalle switched to another group and was replaced by the host of the day, Mikael. We were also joined by photographer Jan-Erik Olin, who captured the round on camera. On the back nine, we gave our best. Sometimes our feet got wet and sometimes we did alright.

After the round trip, the evening continued with a group of us having a dinner at the Vanajanlinna Hotel. The evening was full of fun conversation and good company and I think everyone had a good time. The day was so well organised that we can only thank the host for the day – 10/10 event. The day left me with golf memories for the rest of my life, and I don’t think I could have grabbed a better prize this year!

Have you played at Linna Golf before?

Yes, probably four or five times. I had never experienced the famous, magically fast greens of Linna before. But now it was great to get to play Linna, in all its glory, with the fast greens – and they were challenging!

Really fun and chill! Everyone played to the best of their abilities and Kalle seemed to play his own game and didn’t try any tricks. He’s a really nice and social guy, so there was plenty to talk about. Great company to play with!

Did you get any tips or insights for your own game from Samooja?

Well, I guess you could learn to putt a little better. But what really stood out most about Kalle’s game was that he didn’t try anything heroic from a difficult spot. From the woods, he humbly hit a lay up to the fairway and only after that to the green. This way he was able to build a very good spot for a par.

What is your own golfing background?

I started in my early twenties and have been playing for about 15 years now. At that time I didn’t have many friends playing, but my home club, Koski Golf, had a membership campaign and my father signed me up. I was immediately hooked and the difficulty of the sport was the thing that motivated me to practise. Nowadays, however, I play more, because with having small children, time is a bit limited. I’m a big sports enthusiast and I play whenever I can, about a couple of times a week.

I play most of the time at Koski Golf, but with a group of friends we also visit other courses. The season ends with a trip for four to Spain, where the season-long race against two friends will be settled with best ball.

How have you ended up using Golf GameBook?

I’ve been using it since the beginning. A lot has changed with the transition from paper scorecards to a mobile phone – Golf GameBook has been a really cool innovation! I like to follow my friends’ rounds and the challenges are fun. Sometimes it’s also nice to play different game formats and compete, whether it’s Skins or Best Ball or something else. The app has made things a lot easier, as I no longer have to do the maths myself. It’s a really nice app!

Aki’s Top 3 moments of the day: 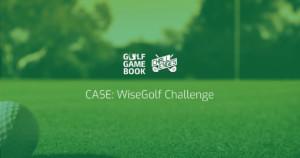 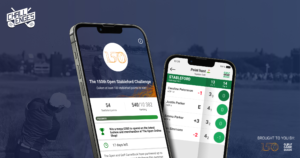